Sometimes when I hear of riots and violence in a city I google to find the number of churches in that city. I am often amazed to discover that in many cities there are literally thousands of churches.

Then I look at scriptures like Matthew 5:14, "Here's another way to put it: You're here to be light, bringing out the God-colours in the world. God is not a secret to be kept. We're going public with this, as public as a city on a hill.” (Msg)

Then I wonder, if the church is the light of Jesus to that city why is it that it doesn’t bring out the “God-colours” in the city. Riots and violence reflect the opposite: darkness.

Thankfully there are exceptions where Christians are making a wonderful difference in cities, but by and large the “colours” in our cities are becoming darker and darker.

I believe that it is God’s intention, through His church, to cause the city to become a community for human flourishing. It has always been His intention to light up our world with heaven’s beauty and colour.

My desire is to explore more of the heavenly Father’s big story as revealed in the bible. The Father’s plan has always been for human flourishing in the context of a community which we call towns and cities.

To begin the bible overview we start where God starts and that is Heaven and not the creation story of Genesis one. Heaven existed before the created earth and thus is God’s starting point and so should be ours.

There is a saying, “he is so heavenly minded that he is of no earthly use.” This comment is often followed up by a sarcastic statement that “it’s about time he or she learned to live in the real world.”

While I understand what is being conveyed by the above comment, unfortunately the statement can suggest that Heaven has no present relevance in our lives or in this world.

I want to suggest that Heaven is the way the world is meant to be and our current world is actually the “unreal” world because of the rebellion and sinfulness of humanity.

Heaven actually has practical relevance for our world.

Jesus came to re-heavenise the earth by taking away the sins of the world through His work on the cross (John 1:29). In announcing the good news of the Kingdom of Heaven, Jesus was heralding Heaven’s reign on earth.

The result, from the proclamation of the gospel of the Kingdom in every city or town, a heavenly community called the church is born, which in turn is salt and light, adding the “God-colours” to the wider community.

Christians have dual citizenship. They are first citizens of Heaven, then citiznes of their city of residence. Our role is to work out our heavenly citizenship through our local city citizenship thus becoming the salt and light Jesus called us to be.

Part of the problem is that many Christians in our modern day think Heaven is a place where we go when we die and thus mostly irrelevant to our existence on earth.

When we look at the Bible we find that in the end of time Heaven comes down to Earth. It is not a place we go to but rather a place that comes to us. Revelation 21-22 reveal the “end game” when the holy city, the new Jerusalem comes down as an amazing display of God’s beauty and glory. The result is that nations are healed and the curse that has for so long plagued the earth is no more. (Rev 22:1-3)

I want to suggest this heavenly city has always been the Father’s intention for the earth. In the Old Testament God raised up Israel, and the city of Jerusalem in particular to be the model city reflecting the heavenly city. The mission of Israel was then to be a light to the nations so that salvation would reach the end of the earth (Is 49:6b). They failed by their constant back-sliding into idolatry and injustice.

However right from the beginning God had indicated that the ultimate answer would be the coming of his Son. Finally Heaven came to Earth in a Person.

“Keep your behaviour excellent among the Gentiles, so that in the thing in which they slander you as evildoers, they may because of your good deeds, as they observe them, glorify God in the day of visitation.” (1 Peter 2:12. NASB)

It is challenging for the average western christian to understand a heaven that comes down, let alone how to reflect this heaven to the world. Revelation 21-22 is written in highly poetic language and as such seems, at least to the western mind, not to be practical or applicable.

Thankfully the Bible provides another picture of Heaven in Isaiah 65:17-25. Ray Bakke in his book ‘A Theology as Big as a City’ provides some dot points from this passage in Isaiah as to what he thinks a city should look like if it followed the heavenly pattern.

The earthly Jerusalem was meant to be God’s model city of a flourishing and blessed humanity reflecting to the world the heavenly city. As such, these points listed by Bakke from Isaiah 65 need to be an aspect of gospel activity in our cities.

In many cities around the world christians are engaging with the needs of the city delivering these outcomes. Under the influence of the gospel a city can look more like heaven than hell.

Zechariah 8 is a beautiful picture of how Jerusalem was to be when God dwelt in his house in the centre of the city. Peace and prosperity sum up this picture. The Bible's word for peace is “shalom” which pictures a flourishing community where humanity can live free from violence, injustice, poverty, etc.

Tim Keller in his wonderful book, ‘Generous Justice’, defines shalom this way, “It means complete reconciliation, a state of the fullest flourishing in every dimension - physical, emotional, social and spiritual - because all relationships are right, perfect and filled with joy.” (Page 174)

The ‘Theological Word Book of the Old Testament’ adds (OT 2401) that shalom speaks of “entering into a state of wholeness and unity, of restored relationship.”

Shalom sums up what Heaven is like, and this is the Father’s vision for humanity. In Christ, the gospel delivers this outcome to our communities, though imperfectly in our fallen world, but finally perfectly at the end of time as shown in Revelation 21-22.

The Bible has much to say on how Christians are to out work heaven and the heavenly city into our earthly city context.

The gospel always has a practical outworking as it impacts lives, families, the church and the wider community and of course in the end, the nations of the world.

This is why we pray the Lord’s prayer. We long to see His Kingdom coming and for His will to be done on earth, including in our cities, as His will is done in Heaven. Heaven on earth.

This is what Jesus accomplished through the cross.

Books referred to above.

Ian Shelton is the Coordinator of Movement Australia 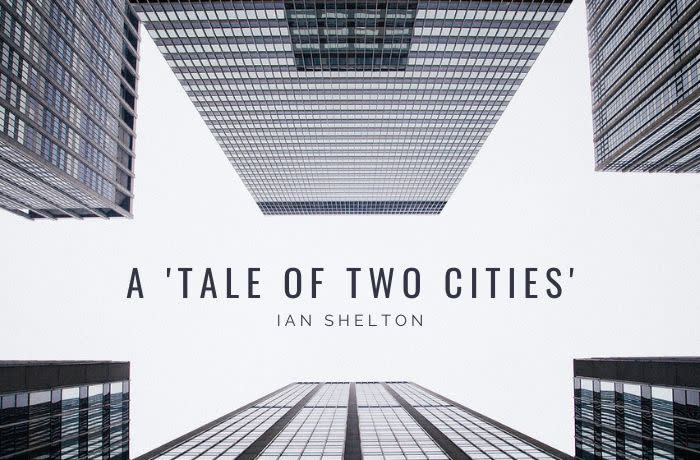 A 'Tale of Two Cities' 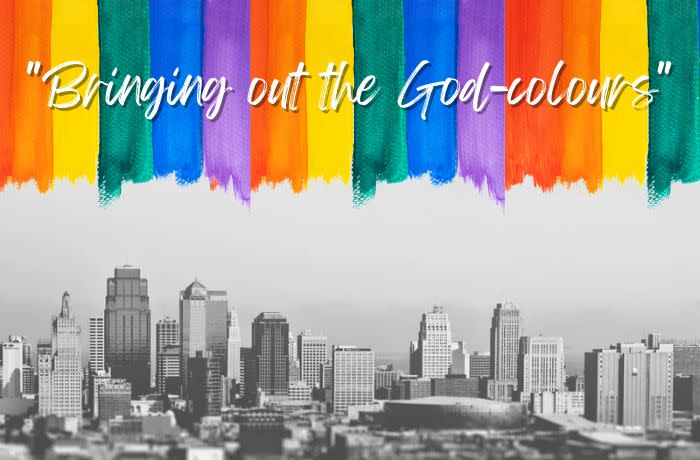 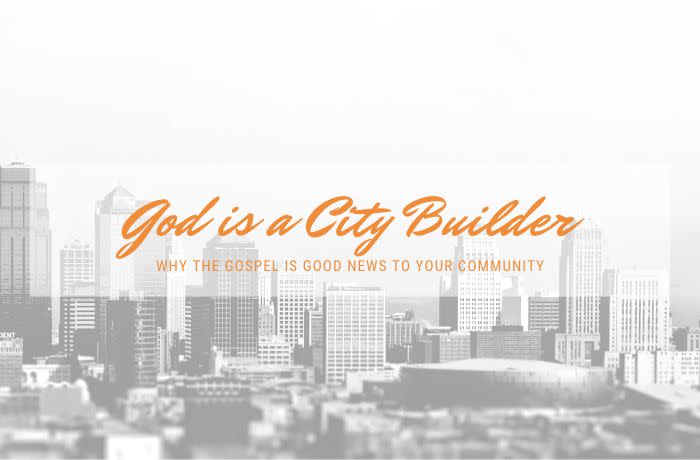 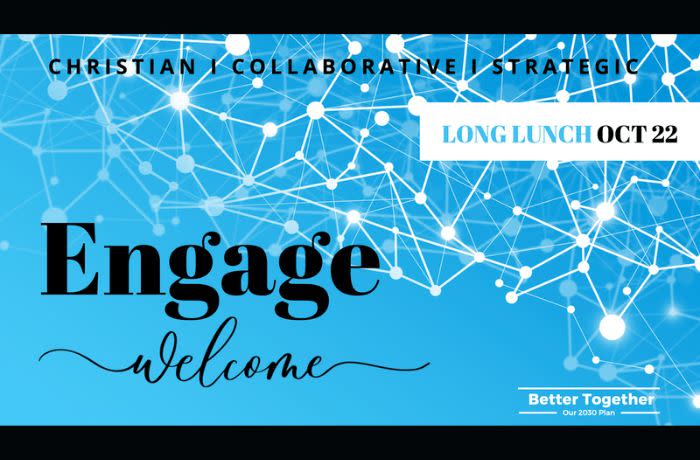